A possible clue to cause long Covid: Virus in feces for months after infection 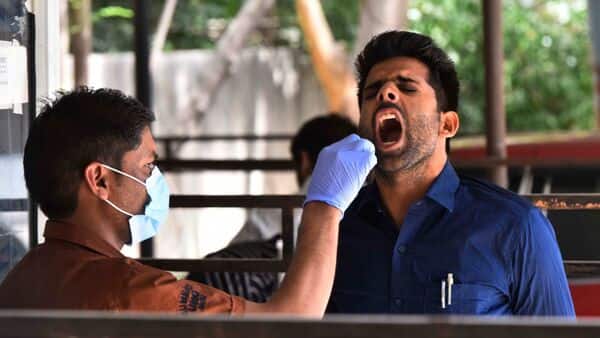 
In the largest study tracking SARS-CoV-2 RNA in feces and Covid symptoms, scientists at California’s Stanford University found that about half of infected patients shed traces of the virus in their waste in the week after infection and almost 4% patients still emit them seven months later. The researchers also linked coronavirus RNA in feces to gastric upsets, and concluded that SARS-CoV-2 likely directly infects the gastrointestinal tract, where it may hide out.

“It raises the question that ongoing infections in hidden parts of the body may be important for long Covid,” said Ami Bhatt, a senior author on the study published online Tuesday in the journal Med, and an associate professor of medicine and genetics at Stanford. Lingering virus might directly invade cells and damage tissues or produce proteins that are provoking the immune system, she said in an interview.

No one knows yet what causes the constellation of post-Covid symptoms, often termed long Covid, that afflict from 5% to 80% of people after a SARS-CoV-2 infection. It’s possible at least four different biological mechanisms lead to distinct conditions or subtypes of long Covid, said Akiko Iwasaki, a professor of immunobiology and molecular, cellular, and developmental biology at Yale University.

“Long Covid is likely multiple different diseases,” Iwasaki said last week in an interview in her lab in New Haven, Connecticut. In one of these forms, persistent SARS-CoV-2 may trigger a damaging immune response that leads to ailments that could be quelled with drugs that target the virus, she said.

“I have heard anecdotally of people recovering from long Covid after antivirals or monoclonals,” said Iwasaki, who wants to collaborate on clinical studies of potential therapies. “I’m really excited at the possibility of testing direct antivirals and monoclonal antibodies” against long Covid, she said.

Pfizer Inc.’s Paxlovid received emergency use authorization from the Food and Drug Administration in December, introducing the first Covid treatment taken in pill form. Pfizer doesn’t have any long Covid studies underway, but is assessing their possibility, the drugmaker said in an email.

Once antiviral products are fully approved, rather than authorized as most are now, researchers will have greater freedom to study them in combinations, said Carl Dieffenbach, director of the division of AIDS at the National Institute of Allergy and Infectious Diseases. Dieffenbach is also co-leading an antiviral program to counter pandemic threats.

Some scientists believe omicron and its subvariants evolved in a single patient suffering prolonged Covid infection. Drugs that speed the elimination of such infections might reduce the risk that new immune-evading strains will emerge.

The digestive tract is the main site outside the respiratory system for SARS-CoV-2 persistence and periodic viral shedding, researchers in China showed in 2020. Traces of the virus were identified in fecal matter within weeks of Covid’s emergence and prompted the use of wastewater surveillance to gauge the pandemic’s spread.

“The intestine is the one place that people have reported persistent antigens and RNA,” Iwasaki said. Others have reported evidence of persistence in lymph tissues, the brain and other organs mostly from autopsies performed on people who succumbed from a severe, acute bout of Covid. “It’s not clear how much of that is actually happening in long Covid patients,” she said.

Data on the frequency and duration of the coronavirus in the stools of people with mild-to-moderate Covid have been largely lacking, Stanford’s Bhatt said. In May 2020, as part of a separate study, she and her colleagues began monitoring long Covid symptoms and the degree and location of viral shedding in people.

When the researchers analyzed fecal samples from 113 participants at specific time points after infection, about 13% were still shedding viral RNA four months later, after they had cleared the virus from their airways. Two participants had traces of the virus in their stools some 210 days after their infection.

The researchers weren’t able to isolate enough viral RNA to determine which variant had infected the participants, or to conclusively show that the samples isolated from any given individual at early and later time points were the same strain. Still, specimens were collected in the first year of the pandemic, when reinfection with a second strain or variant during the study period was less likely.

Bhatt, who trained as a cancer doctor and studies the interaction of gut microbes and patient outcomes, says the new findings will improve understanding of clues that can be gleaned from sewage on community transmission of the coronavirus.

“When we look at wastewater-based epidemiology and try to interpret it, it’s critical that we understand how much people are shedding and for how long,” she said.