A matter of concern that…: What Delhi doctors said on COVID cases rising again 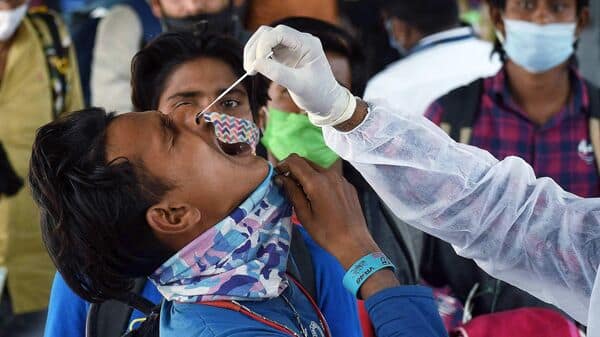 Owing to the sudden increase, doctors at leading hospitals in Delhi concurred that though it was “not a panic situation” but a sense of complacency setting in largely among the masses was a “matter of concern”.

No need to panic but…

Dr Richa Sareen, consultant of pulmonology at Fortis hospital, said, “There has been an uptick in daily COVID cases, and the positivity rate has been increasing. But, I would say there is no need to panic, as the daily cases count is still in the range of 130-150. However, there is a need to be vigilant and follow all Covid-appropriate behaviours.”

While she criticised government’s recent move to remove the mask mandate, the expert further notified, “it was not a “static decision” and if the situation warrants, the rules can again be changed.”

Dr Suranjit Chatterjee, senior consultant, internal medicine, Apollo hospital here cautioned that while daily cases have been rising, a “sense of complacency has set in among the masses” in general, especially after the mask mandate was removed.

“I do not foresee any new wave as long as we remain cautious, follow all Covid-appropriate behaviours and wear masks while being outside, especially in crowded places. But, I am seeing visuals on internet and reports that people are gathering in large numbers, and not many wearing mask, which would mean that cases could further rise,” he said.

Speaking about how real was the threat of a new variant, a senior doctor at Rajiv Gandhi Super Specialty Hospital (RGSSH), said, “there is still an uncertainty as to whether it will be milder than previous Omicron or more lethal than Delta variant, though if latter was the case, it would have shown the trend by now”.

The doctor further pointed out that a sense of complacency has set in largely among the masses, and that was a “matter of concern”. “People are not getting themselves tested and treating mild fever and cold at home only. There is no need to panic at the moment, but we should be vigilant,” she said.

Asked how real was the threat of a new variant, the doctor said, “there is still an uncertainty as to whether it will be milder than previous Omicron or more lethal than Delta variant, though if latter was the case, it would have shown the trend by now”.

City Health Minister Satyendar Jain on Monday had said the city government is keeping a watchful eye on the COVID-19 situation and there was no reason to worry until a new variant of concern is detected. CM Arvind Kejriwal also pointed out there is no reason to panic.